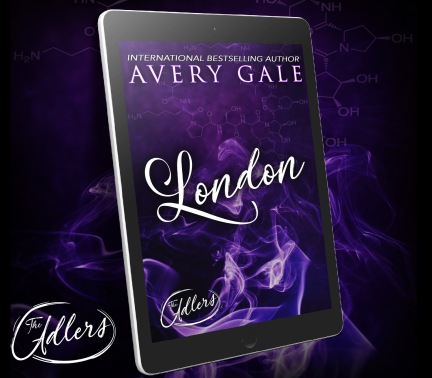 Dr. Evan Monroe leaned back in the black leather chair, his arms crossed over his chest as he tried to keep from rolling his eyes at the man standing at the other end of the conference room table, spewing PCBS like it was his damned job. Hell, maybe it’s a bigger part of his job than I thought. His brother, Elijah, could take three facts and turn a five-minute discussion into an hour-long dissertation, so heavily laden with politically correct bullshit, it was a miracle anything was ever accomplished during board meetings. Evan had already been stuck here over an hour, and there was very little he loathed more than listening to someone drone on during meetings.

As a surgeon, Evan had spent the past several years working his ass off—his reputation for getting things done was well known. His medical practice had grown to the point, he needed to hire additional staff or resign himself to working twenty-four-seven. Attending one of his big brother’s lectures was nowhere on his list of pleasant ways to spend the few free minutes he’d eked out of his busy work day.

Sighing to himself, Evan had to admit his frustration wasn’t all due to Eli’s soapbox performance. No, his foul mood had more to do with the fact the only woman who’d caught his interest in years hadn’t returned his calls in the two months since he’d treated her sister. Two damned months without a word, so it seemed unlikely he was ever going to see her again. Evidently, their attraction wasn’t as mutual as he’d thought it was.

Hell, maybe he should give up trying to connect with London and spend more time with his family. His dads and mom were always begging him to visit, and he knew he should take a more active role in the charitable causes the family worked so hard to support—but knowing he should and wanting to were turning out to be entirely different things. It didn’t matter there were fewer than a handful of families like his anywhere in the world, they were still family, and that meant they were often as annoying as they were unique. As if the Universe had tuned in to his frustration and decided to shatter his boredom, Evan’s phone vibrated in his pocket.

Seeing London’s name illuminated on the screen made his heart skip a beat. Taking several steps toward the door, he swiped his finger over the screen and was shocked to see her panicked face staring back at him. The crack of gunfire and shattering glass was loud enough to draw the attention of every person in the room. Sprinting the last several feet to the door, Evan was running down the hall as he listened to London’s frantic whispers. Racing to the exit, Evan hit the door so hard, it crashed against the wall as he sprinted to his truck.
“Evan, I need your help. I’m trapped in the small lab at Gates.” He knew the facility she was talking about, but he hadn’t known she was so fucking close. “I’m going to sneak out the back and make a dash for the woods.” It wasn’t necessary for London to tell him to pick her up, he was already starting his truck. He was only minutes from her, but he knew it was going to feel like hours of travel time.

Evan watched London’s ashen face turn frantically from one side to the other, confusion layering on her already frightened expression. “B was here. I don’t know how. I don’t know where she went.” As he put the truck in gear, the diesel motor roared as he sped out of the parking lot. Evan saw her moving out of the dimly lit lab into the black night, and he hoped like hell the facility’s perimeter lighting wouldn’t give away her location.

“I’ll find you, London. As soon as we disconnect, I want you to make sure the GPS on your phone is shut off.” With his heightened night vision and a keen sense of smell, he could find her with his eyes closed. “Shut the phone down before you run, baby.” He’d used the endearment without thinking and was grateful she didn’t seem alarmed by the overly familiar term. Dividing his attention between the road and his phone was a dangerous game. Evan knew he needed to disconnect and focus on driving.

“Now, London! Go!” The fear he saw flash in her eyes before the screen went blank was like a punch to his gut.

NOTE:  This is an excerpt from Chapter One….  London will be released, Tuesday, February 12, 2019.   Available everywhere great books are sold.