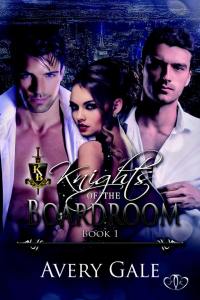 The first book of The Knights of the Boardroom

Parker shook his head, muttering, “Christ, sometimes I    really wonder about him. He’s yammering on and she is just sitting there blinking at him like she’s trying to bring his words into focus with her eyes. I keep telling him to leave that left of center British humor of his at the door of the club because it confuses the hell out of the subs, but as you can see the bastard doesn’t listen to me.” Brodie and Law both nodded—this was an on-going point of contention between the two men, and a never-ending source of amusement for everyone around them.